The Community I Was Looking For 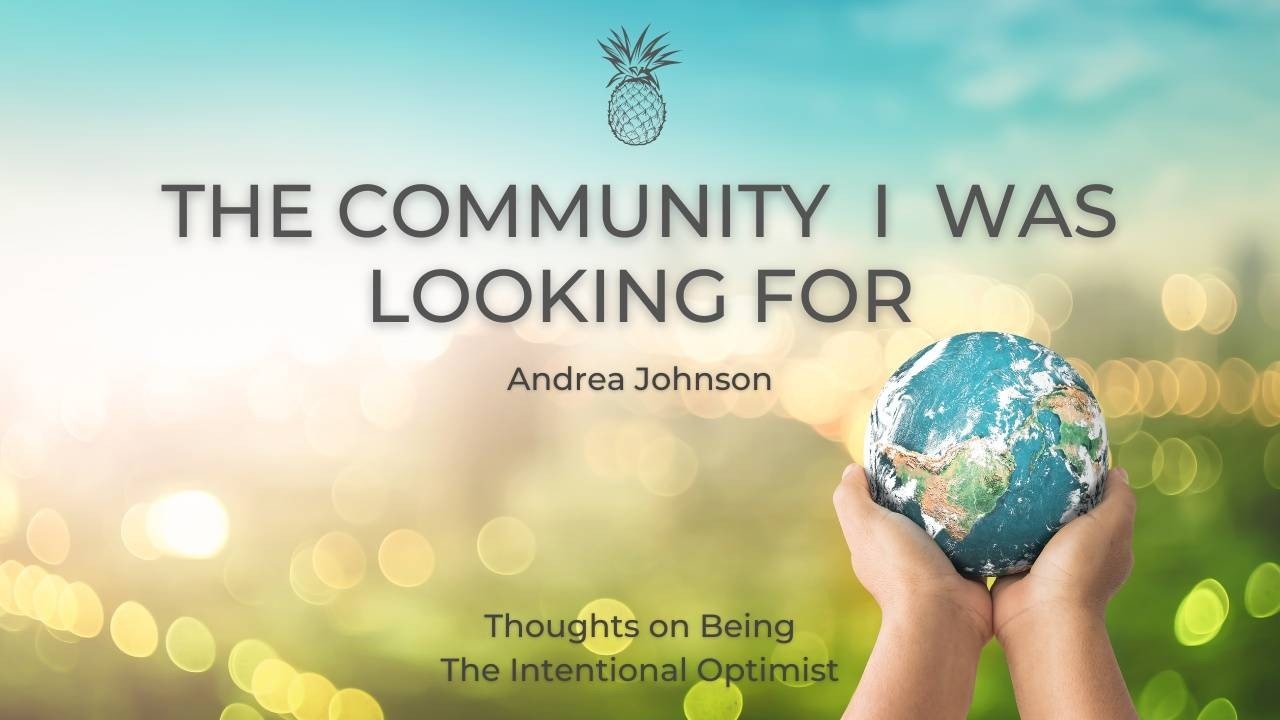 My parents were missionaries.

It's interesting the things I remember, and the things I don’t. I mean, I know how the brain works. My mind idealizes certain memories, but somehow I no longer care. You know what I'm talking about - that first crush you had in 4th grade, that special treehouse in the backyard that had everything you needed for your exclusive club, and how fast you could ride your bike home from school - those memories wouldn't stand up to a good video review today, would they?

Taechon Beach (The Beach), is one of those memories for me.

For those of us raised in that missionary world, Taechon Beach is remembered as rest & recreation, but most of all, community. 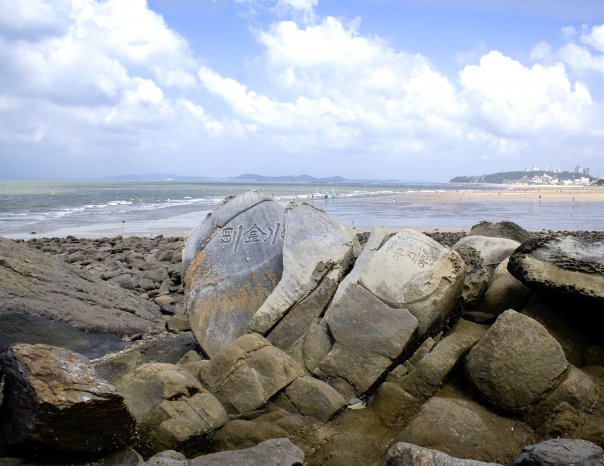 It’s a small strip of land about halfway down the west coast of South Korea, that the “Taechon Beach Association” (made up mostly of missionary families) leased from the Korean government for 99 years.  The cabins were small, made of cinder block or wood, and many had no more than 2 or 3 tiny bedrooms. None had hot water or phones, but by the time we arrived in ‘74, they pretty much all had electricity.

It wasn’t uncommon for the women and children to head to “The Beach” as early as mid-June and not return to their respective cities until mid-August. Summer quickly became synonymous with “The Beach.”

What we created was a full, thriving mini-economy and international community, where the US Mid-Atlantic and New England leisure culture permeated the asian pines, shell based sand, and rocky hillside.

Built prior to the Korean War, we had a library filled with donated books, a boat house, bakery, laundry, tennis courts and a lodge, complete with cafe and auditorium. The latter was used for Sunday worship, business meetings, and the annual musical - side note, my mother and I each had at least 2 lead roles over the years.

The Beach became a place where penniless Baptist missionaries from Southeast Texas could afford to spend the hot Korean summer laying on the sand, playing tennis and reading books just like the rich folks at Martha’s Vineyard or the Adirondacks - but we didn’t know that. We’d found a way to make lemonade next door to the rice patties, thawing out our frostbitten toes in the warm sands of one of the largest tides on the planet. 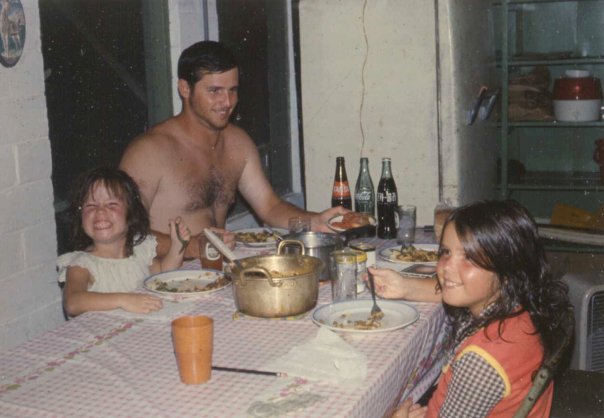 Several (including us) had sail boats, and there were one or two, coveted motor boats. This was where I learned to swim, sail, and lead - because when you're a lifeguard, people trust you with the safety of their families, and you learn responsibility pretty quickly. The long walk out to low tide meant more time to enjoy the smell of the sea and think about how cool the water would feel when we finally got there. The cement topped walls that retained the high tide provided the perfect sunning spot or perch to enjoy the sunset or just read all afternoon.

The space was ours.

We walked barefoot from end to end on the soft dirt-sand roads, picking up friends along the way, thinking of ways to occupy our time.  We played Hearts, Spades, Spoons, Rook, and as many board games as would survive the humidity.

This is where I felt most alive. Most “at home.” These were my people, and this was my sanctuary.

In a life filled with constant cultural negotiations, walking a tightrope between being "American" or "Korean," The Beach was a place that bridged the cultural gap in ways that I did not understand at the time. Looking back, as a middle aged "third culture kid," I know I have been blessed with the experience of "community" that may never be replicated again.

I know that now.

But for years, I searched. I struggled to find my "place," facing perennial disappointment when my own expectations went unmet. The realization that I am a product of that amazing community, and now it's time to build my own, has been liberating. Building a community where I can pass on many of the lessons learned from the openness, inclusion, s 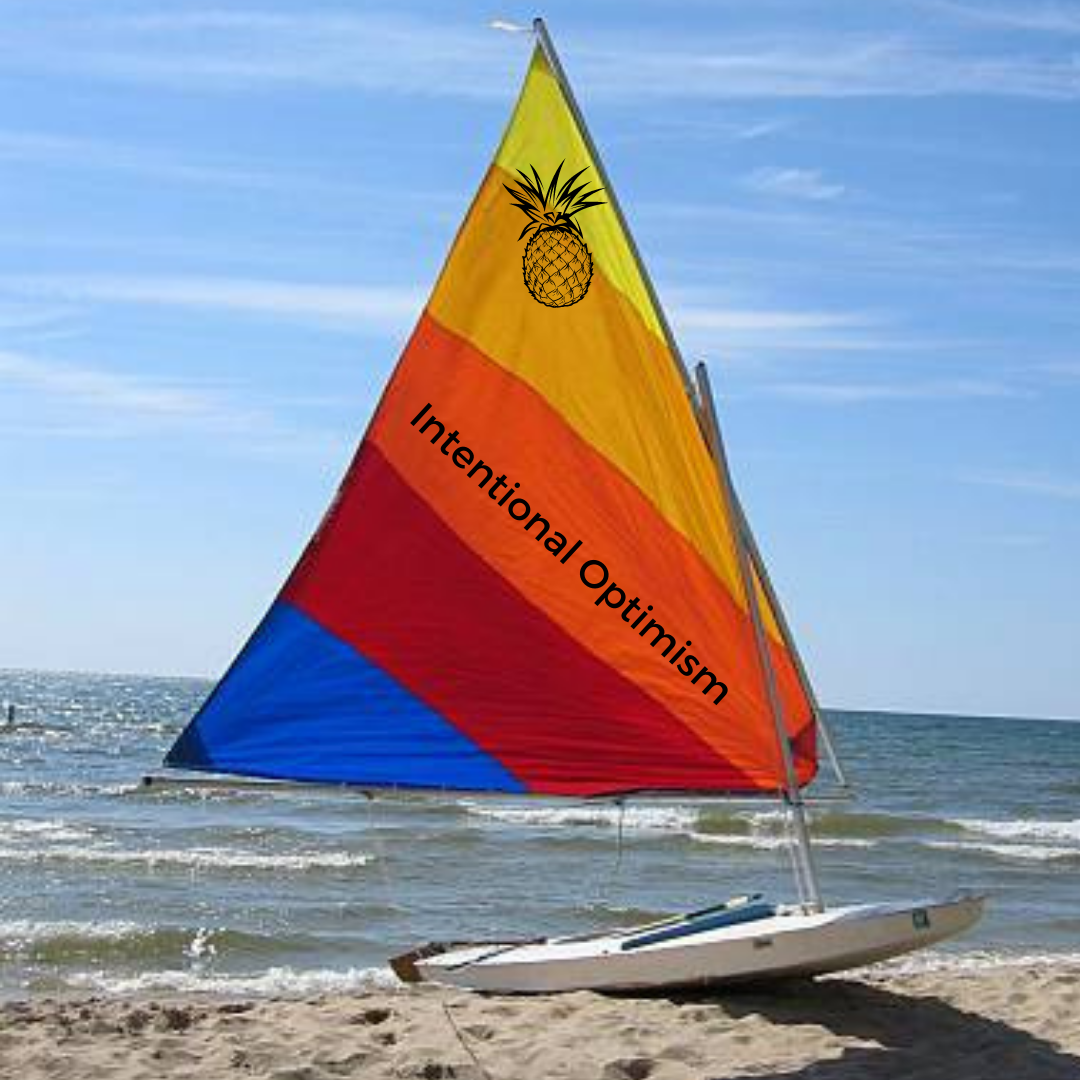 tructure, representation and respect, gives me joy and satisfaction I didn't expect.

The Beach was where I could be myself, strong, smart, capable (you try hauling a bamboo lifeguard stand ¼ mile out to low tide!), sing, perform, and read in a hammock.

These are my favorite memories.

I close my eyes and I'm transported right back there, Sunfish touching the water, ready to go for a ride.

Here is where Intentional Optimism was born, and is thriving.

This is the place where my passion is to equip and empower YOU is fed. It brings me GREAT joy to watch you realize your own leadership potential as you learn to think critically, create imaginatively and lead effectively - in any situation, team or organization.

Book a free 30 minute consultation and let’s talk about the community you're looking for.

Book a free 30 minute consultation and let's talk about getting you a strategy in place.

Stay connected with news and updates!

Join our mailing list to receive the latest news and updates from our team.Don't worry, your information will not be shared.

We hate SPAM. We will never sell your information, for any reason.