The Freedom of the Open Road 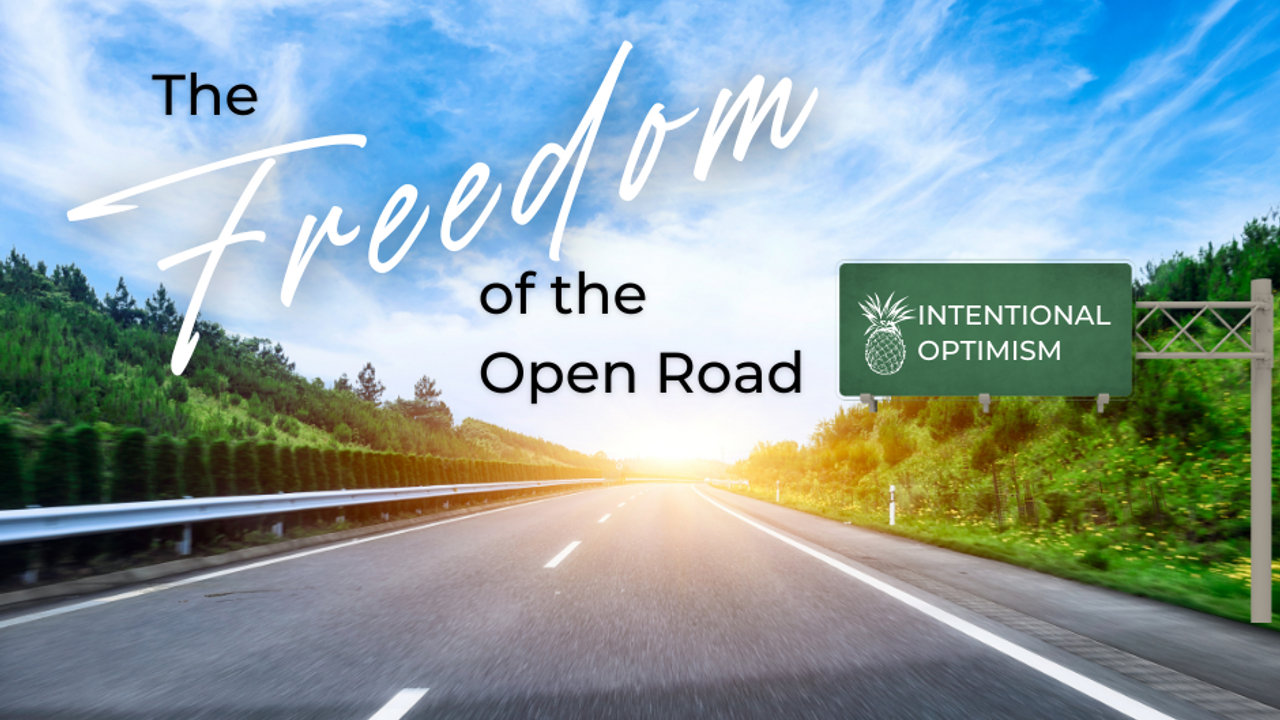 I like habits, automation, processes - especially ones that make whatever I’m trying to accomplish easier and more efficient. They give me the room to play with all the fun ideas that pop into my head on a daily basis.

It turns out, however, that when it comes to thoughts, this isn’t always helpful.

In Hal Gregerson’s book Questions Are The Answer, he points out that we all have “mental models” by which we process information. Habit chains, if you will, that allow us to move through daily life with ease, while our mental models do most of the “heavy lifting.”

Yes, we all must learn to process information within certain “driving lanes” that help us navigate that big world out there. Just like learning to drive. I started out on the soft dirt roads of Daechon Beach, on the west coast of South Korea.  I then graduated to the empty country lanes. Simple, easy, low traffic, no stop lights. Perfect for a 14 year old and a 5 speed Toyota Corolla station wagon. I developed the perfect "clutch to gas" speed ratio, and how to release the parking break at just the right tension so as not to roll backwards when starting out on an uphill grade. I learned to pass the ox carts, and even dodge the occasional motorcycle.

But what about when you’re presented with things outside the norms of these sleepy, narrow lanes? What do you do when a car is headed toward you, and there’s only room for one? Or worse, what happens when you’re plopped down in the middle of Los Angeles on the West Bound 101 with 10 lanes heading in one direction?

You see, the mental models I developed through my upbringing and early adulthood were based on a very specific set of criteria. Everything had to fit into a “box,” and if it didn’t fit, then it was tossed out or swept under a rug somewhere. Hey, don't judge - we all do this to a certain extent. It's called following the "path of least resistance." It's a rare child who doesn't desire to fit in with the crowd, and many (like me) just try harder, and harder until those well-worn paths are both narrow and steep.

While inherently curious - I love traveling down one new road after another - I had actually created more of a well-contained cubicle maze, and had little capacity for information disproving my own mental models.  Meaning - when presented with information that didn't fit in my lane, I got frustrated or angry. You know, that all-or-nothing mindset. "Hand me a match, 'cause I'm gonna burn it all down."

That frustration and anger burst into full flame and roared for nearly 2 years beginning on February 9, 2017. The day my mother died. This, I did not have the capacity to handle. It did not fit into my framework of how life should be.

At the time, I had no idea this would be such a pivotal event for me, the fire burning through all the flimsy walls of my old mental models, leaving what felt like a vast, empty shell. Once the smoke cleared, I began the slow reconstruction, only to realize they no longer served or were relevant, prompting even more frustration over wasted effort. It wasn't just that they were originally too narrow or that they were damaged... it was that they were "constructed," rather than natural. Some were outdated for a woman of my age, and some were made of something like a "two-way mirror," transparent from only one side.

"What's the point?" I kept asking.

Desperation saved me. Looking around at the detritus, wondering what to do with it all, I finally stepped outside the original foundation walls, and over time, realized I now had space to build anew. Acres and acres of land I'd never built on, never driven on, full of virgin forests, vast oceans and sky high mountain ranges. All there just waiting for me. Waiting for me to build new thoughts, new philosophies, new beliefs, new hopes and dreams.  I eventually emerged from this crucible-like experience with a whole new mindset I called "Intentional Optimism."

I had no idea I’d experienced something unique and beautiful. I only knew it was my own.

The pain, the process, the result. Mine.

Yes, I still hit roadblocks, like rivers too big to cross. As a matter of fact, I had a "hand me a match" moment a couple of weeks ago.  But now I know what to do about them. Now I know that I need to build a bridge - a new way of thinking - to get where I want to go.

Now I possess, and cherish, the freedom of the "open road." The freedom I so desperately sought as a younger woman.  The freedom to pop it into high gear, open the sunroof and sing "Life is a highway" at the top of my lungs.

Because I never want to go back to the dusty, single lane country roads that are easy to drive because no one else travels them, and I’m never forced to choose between a collision or a rice paddy.

Stay connected with news and updates!

Join our mailing list to receive the latest news and updates from our team.Don't worry, your information will not be shared.

We hate SPAM. We will never sell your information, for any reason.